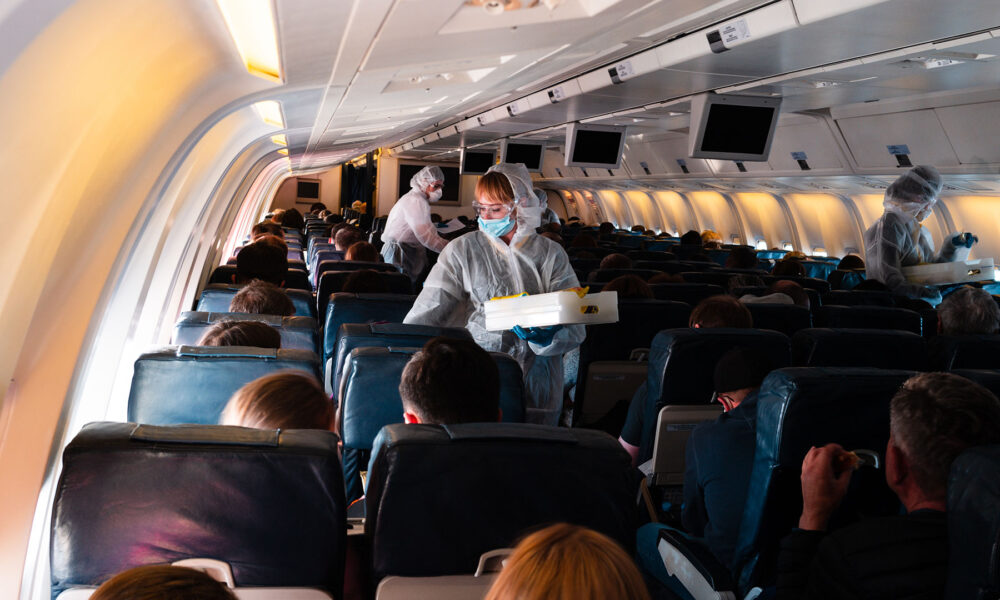 After an appeal by the AFL-CIO Transportation Trades Department, the U.S. Department of Transportation won’t make face masks a legal requirement for traveling on aircraft or other means of commercial transportation. In a two-page letter, the agency told the union group that private stakeholders were in control, and “there should be no more regulations than necessary.”

The use of face coverings while flying on commercial aircraft has become an all-but-legal requirement for travelers. All of the major U.S. based carriers have made it a requirement, while banning over 700 people for non-compliance until the end of the emergency.

However, the federal government has not made it a legal requirement to wear a face covering while aboard a commercial aircraft, and will continue to defer the issue to the private sector. In response to a petition by the Transportation Trades Department, AFL-CIO (TTD), the U.S. Department of Transportation (DOT) says they will not make face mask usage a rule, stating: “…there should be no more regulations than necessary.”

The original petition was filed on July 27, 2020, on behalf of 33 affiliated travel industry unions, including the Air Line Pilots Association, Association of Flight Attendants-CWA and the National Air Traffic Controllers Association. In their letter, the TTD notes that with over 150,000 deaths attributed to the COVID-19 pandemic, those employed in the travel trades are at a significant risk of contracting the disease without a federal face covering mandate.

“While these bus drivers, pilots, flight attendants, train crews, ferry operators, and others are faced with an impossible choice every day between risking their health and losing their livelihood, we acknowledge that the irreplaceable services they provide must continue to keep the U.S. economy running,” the letter reads. “Unfortunately, efforts to protect these employees from inherently hazardous workplaces and the threat of deadly communicable disease have been limited to a patchwork of state or local mandates, and a deeply inadequate federal response consisting of non-mandatory guidance.”

Citing several studies, the group asks for the DOT to adopt a national standard for passengers of all public transportation options. This would not only include flyers on commercial aircraft, but those on trains, subways, and busses.

Taking over two months to respond, the DOT response shut down the TTD’s request. The response said the private sector, along with states and municipalities, have adopted rules to mandate face mask usage. Thus, the DOT claimed there is no action needed on their part.

“The Department also embraces the notion that there should be no more regulations than necessary,” their response reads. “We emphasize consideration of non-regulatory solutions and have rigorous processes in place for continual reassessment of existing regulations to ensure they remain cost-justified and narrowly tailored to address an identified market failure.”

The letter went on to call the current measures “…adequate to address the concerns identified in the petition without the initiation of a rulemaking process.” Coincidentally, the decision was announced on the same day that the President of the United States announced he had contracted COVID-19.

The DOT’s response and lack of action follows previously established statements by the department and under-agencies. During a Congressional hearing, current Federal Aviation Administrator Steve Dickson took a neutral stance, saying: “The FAA will continue to support airlines.”

Despite this, the issue of face mask usage and fully booked aircraft have caused concern to America’s leading doctors. In a different Congressional hearing, Dr. Anthony Fauci called aircraft booked to capacity “something of concern,” and renewed the call for everyone on board to wear a face mask.