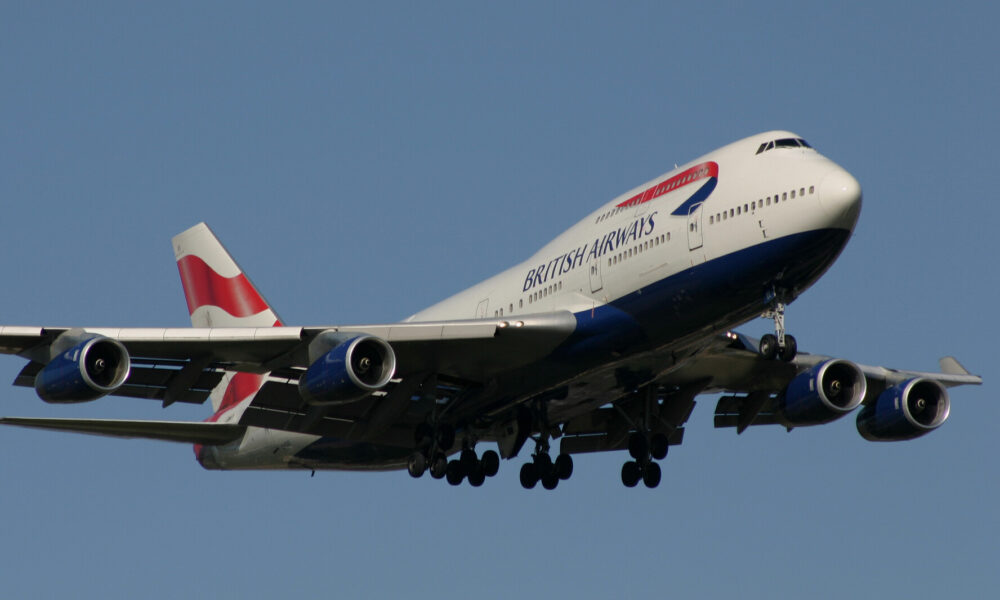 Fans of the British Airways’ Boeing 747 fleet will have one last chance to say goodbye virtually, as the carrier prepares a special flight of their final two airframes based at London Heathrow Airport. The dual-runway takeoff will depart on Oct. 8, 2020 at 8:30 a.m. British Summer Time, with a live feed available on Facebook.

British Airways is sending off the last two Boeing 747 aircraft based at London Heathrow Airport (LHR) with a virtual celebration, allowing those who loved the “Queen of the Skies” to say goodbye. The airline will offer a special farewell celebration on Facebook, with the dual-runway departure of their final two aircraft on Oct. 8, 2020 at 8:30 a.m. British Summer Time (3:30 a.m. Eastern Daylight Time).

The COVID-19 pandemic forced British Airways to abruptly end their 747 operations due to a lack of passengers in July 2020. This retirement came with no fanfare, and was much faster than the original retirement schedule. As a result, flyers were unable to celebrate the legendary aircraft with goodbye flights or final departures on the airframes.

To recognize the aircraft and its iconic service with the flag carrier, the airline will instead offer a virtual celebration for aviation enthusiasts around the world. The two aircraft – painted in the heritage “Negus” and current Chatham Dockyard liveries – will depart simultaneously on parallel runways, as it takes off for the last time from Heathrow.

“Tomorrow will be a difficult day for everybody at British Airways as the aircraft leaves our home at Heathrow for the very last time,” Alex Cruz, chairman and CEO of British Airways, said in the press release. “We will pay tribute to them for the incredible part they have played in our 100-year history and to the millions of customers and BA colleagues who have flown on board and taken care of them.”

British Airways is also encouraging flyers to share their memories of the Boeing 747 on social media, using the tag #BA747Farewell at 7:47 a.m. and 7:47 p.m. Although these are the final two airframes based out of Heathrow, the airline’s last 747 – currently sitting at a Welsh airport – will leave the company at the end of the year.

The virtual send-off underscores how the COVID-19 pandemic has uniquely affected the aviation sector, as closed borders and quarantine rules have killed all demand for passenger traffic. To maintain liquidity, British Airways has taken additional steps to stay aloft, including the sale of their art collection at auction.