In September 2019, IHG announced a potentially interesting partnership, which could greatly increase its portfolio of luxury hotels. This was supposed to launch in early 2020, but ended up being delayed due to coronavirus — well, there’s finally an update on this front.

IHG is launching a partnership with Mr. and Mrs. Smith, which will more than double the number of luxury and boutique hotels available to IHG Rewards Club members. It will complement Six Senses, Regent, InterContinental, Kimpton, and Hotel Indigo.

Mr. and Mrs. Smith also has properties in 11 countries where IHG doesn’t have a presence, including Belize, Iceland, Mozambique, Myanmar, and more. For those of you not familiar with Mr. and Mrs. Smith, the company describes itself as a “travel club and boutique hotel specialist.” The way I view it, Mr. and Mrs. Smith is essentially a luxury travel agency that has marketed itself really well. Now it has an exclusive loyalty partnership with IHG.

With this partnership, IHG Rewards Club members will be able to earn and redeem points at over 400 Mr. and Mrs. Smith hotels when booking through IHG’s direct channels, including the website and app.

We now have a new timeline for this happening:

Here are just a few examples of Mr. and Mrs. Smith properties that IHG Rewards Club members will have access to:

IHG Rewards Club members will be able to earn and redeem points across hundreds of luxury and boutique hotels around the world, including some of Smith’s most seductive stays, such as Jasper Conran’s self-styled riad hideaway L’Hôtel Marrakech, 18th-century organic Tuscan estate Borgo Pignano, high-in-the-Himalayas retreat The Kumaon and the charming Old Rectory on South Africa’s famed Garden Route.

Should we be excited about this partnership?

Mr. & Mrs. Smith doesn’t manage any hotels, but rather gets a commission when people book through the company.

So, should we be excited about this partnership? Maybe.

On the points earning front, this means it will be possible to earn IHG points for some hotels that you couldn’t previously earn points with:

Partner Mr. & Mrs. Smith properties include Amans, Singitas, and many more incredible luxury brands. Whether or not those hotels actually participate in this partnership remains to be seen. 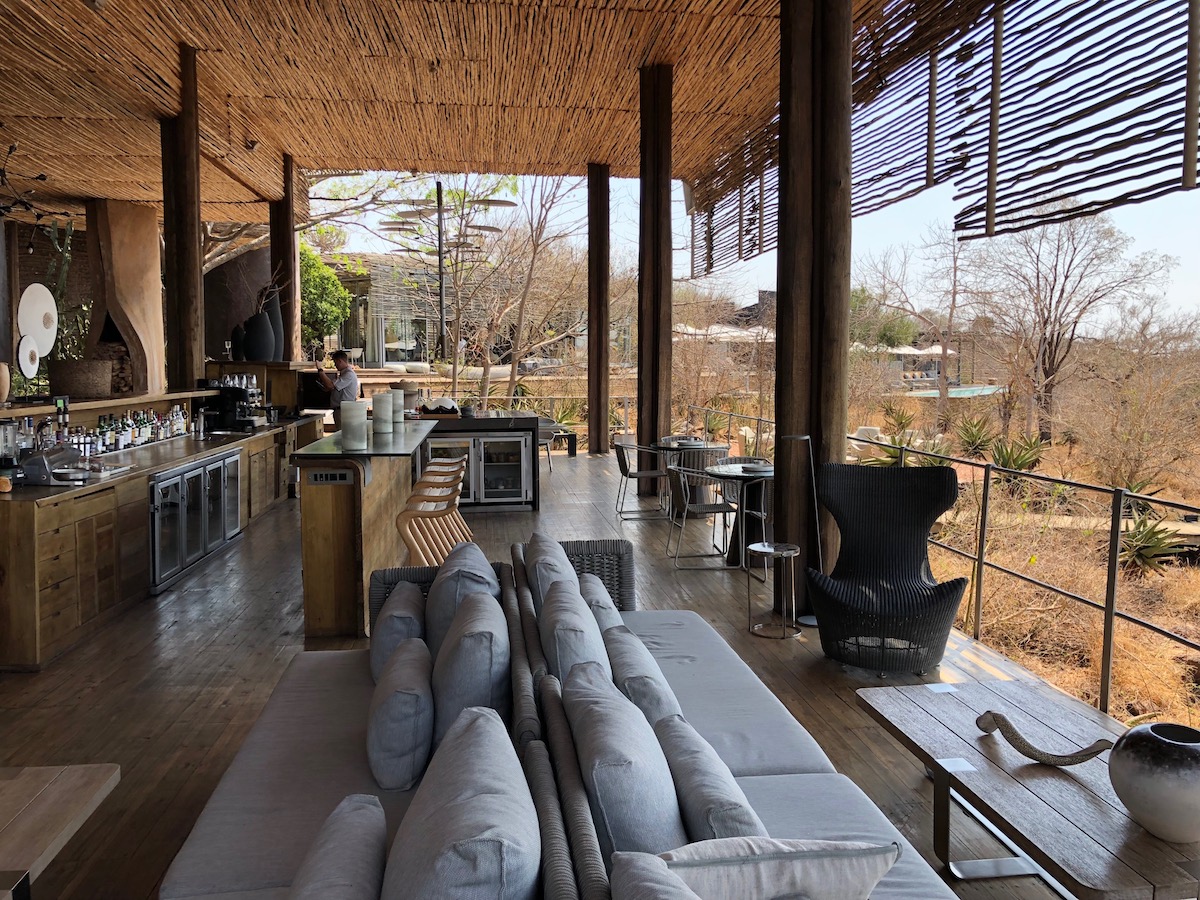 It might be possible to earn IHG points at Singita Lebombo

I’d note that in many cases there will be an opportunity cost to booking through this partnership. With most of these hotels:

I’d be cautiously excited here. I’m obviously intrigued by the prospect of earning points at traditionally non-points hotels, though there also may be a significant opportunity cost involved.

It will also be possible to redeem IHG Rewards Club points for stays at Mr. & Mrs. Smith properties, though I’d really manage my expectations when it comes to this: 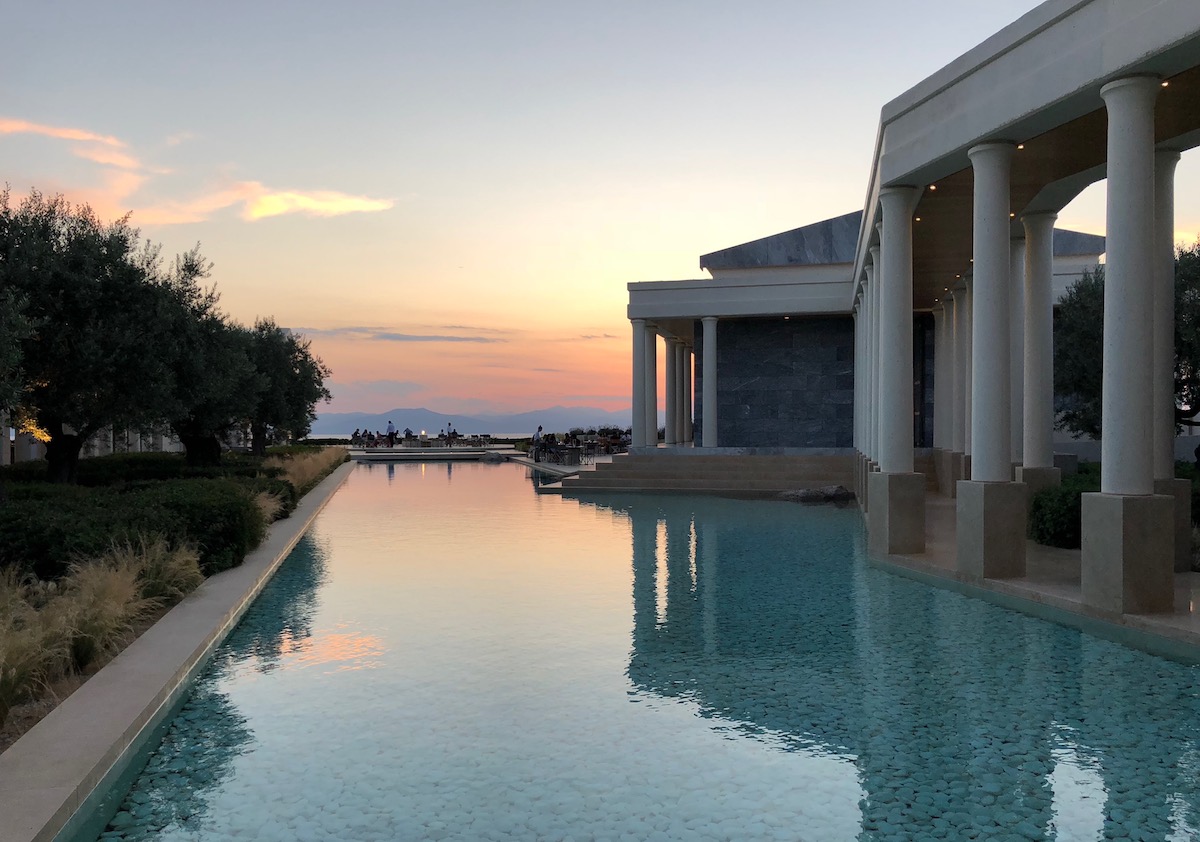 Could this be our chance to redeem points for Amanzoe?

Will there be elite perks?

IHG’s most loyal members (including InterContinental Ambassador and Kimpton Inner Circle members) will receive room upgrades subject to availability and a free gift upon arrival, which could include a bottle of champagne, picnic hamper, or 30-minute massage.

Last year IHG announced a partnership with Mr. and Mrs. Smith, and it’s finally starting to go live, with 400+ hotels participating by next month.

IHG is following the trend here by establishing a marketing partnership that gets loyalty program members access to more luxury hotels. It’s important to manage expectations here, though.

Mr. & Mrs. Smith is a luxury travel agency that’s good at marketing and positioning itself. As a result, I would expect that there will be quite some opportunity cost to booking through this partnership when trying to earn points. Similarly, when trying to redeem points, we’ll see revenue based redemptions, and I wouldn’t expect the rate per point to be great.

So this is a cool development, but I’m still a bit skeptical. I look forward to this partnership going live in the coming weeks on a wider scale so we can see all the details.

What do you make of the partnership between IHG and Mr. & Mrs. Smith?