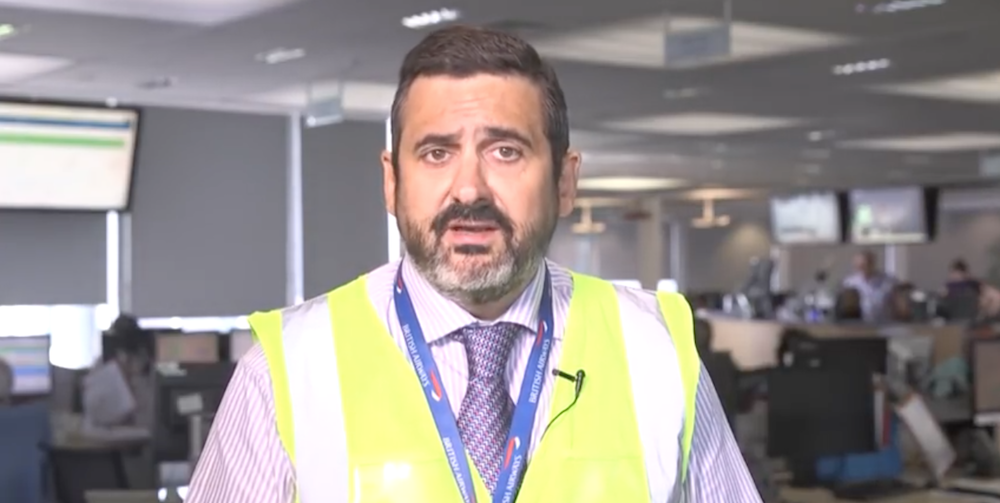 International Airlines Group is once again shaking up their executive level, after announcing the exit of British Airways board chairman and chief executive Alex Cruz. While he will retain the title of non-executive chairman, he will be replaced by Aer Lingus CEO Sean Doyle.

Although British Airways’ future is unclear, it will face the post-COVID-19 world with a new leader. In a press release, International Airlines Group announced the exit of board chairman and chief executive Alex Cruz, in an abrupt move for the conglomerate.

Cruz Ousted After Four Years in CEO and Board Chair Role

Cruz’ first executive post was with low-cost carrier Clickair, which ultimately merged with Vueling by 2009. From there, the aviation leader would join IAG after the airline operator purchased a controlling stake in the Spanish airline on Apr. 23, 2013. However, Cruz would not be tapped to become the leader of the company’s flagship carrier until 2016.

Under his four-year term, IAG recognized Cruz for his work in modernizing the airline and the 100-year anniversary celebration prior to the COVID-19 pandemic. During his time, Cruz was credited for introducing the Airbus A350 into the fleet, while successfully introducing the popular Club World seats, affectionately known as the “Club Suite.” He also oversaw the campaign to add a third runway to London Heathrow Airport (LHR), while working to expand his carrier’s reach despite the rise of low-cost carriers.

He was also heavily criticized for several moves that were not popular with frequent trans-Atlantic flyers. In 2017, the airline experienced a major computer outage which stranded over 75,000 passengers, attributing the issue to a power surge. Just over one year later, the airline experienced a data breach, exposing the personally-identifiable information of over 380,000 flyers. In 2019, British Airways was at the center of a deportation contract scandal among other choices, leaving FlyerTalkers wondering if his job was even secure.

Replacing Cruz will be Sean Doyle, chairman and chief executive of IAG’s Irish airline, Aer Lingus. Doyle will inherit a British Airways that has been ravaged by the COVID-19 pandemic, forcing the carrier to sell off portions of their art collection, and retiring their entire fleet of Boeing 747 airframes.

“IAG has proved itself to be one of the world’s leading airline groups with a portfolio of successful companies. We’re navigating the worst crisis faced in our industry and I’m confident these internal promotions will ensure IAG is well placed to emerge in a strong position,” IAG chief executive Luis Gallego said in a statement. “Sean Doyle has extensive experience at British Airways having worked there for 20 years before moving to head Aer Lingus nearly two years ago where he has done an excellent job. I am confident that will continue at British Airways.”

With Cruz’ exit from the chief executive role at British Airways, the executive shakeups continue inside the airline group. Fernando Candela, chief executive of low-cost carrier LEVEL will level up to the role of chief transformation officer on the company’s management committee. In the press release, Gallego describes the role as coordinating “change across the Group, focusing on creating a company fit for a different future and ready to take advantage of new opportunities.”

The executive shifts are the first by Gallego, months after inheriting the role of group chief executive from former leader Willie Walsh.