Florida isn’t the only place that bars are reopening… the same is true on Emirates A380s! 😉

When the pandemic first started, airlines around the globe modified inflight service offerings. Emirates was among those airlines — while Emirates’ cuts weren’t as drastic as those on other airlines, the Dubai-based airline cut many of its popular amenities, including the A380 business class bar, A380 first class shower, and more. 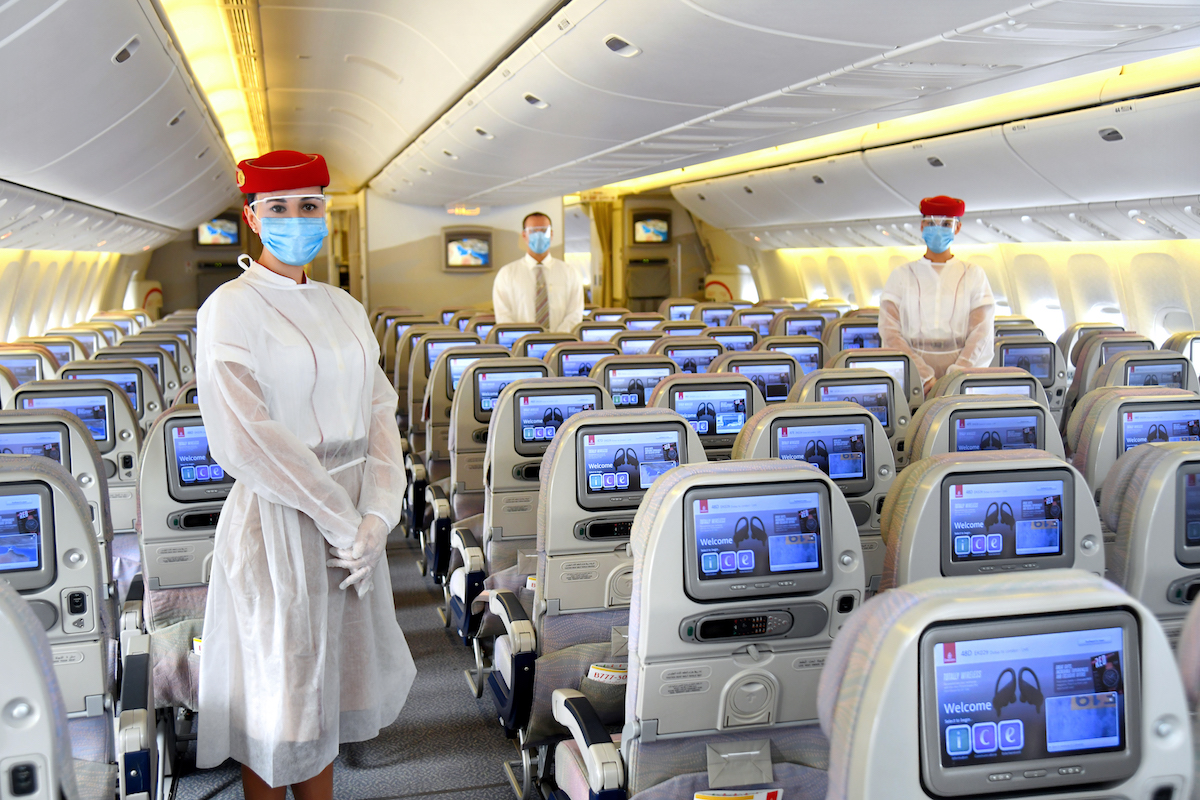 Like most airlines, Emirates has adjusted service during the pandemic

Initially this wasn’t of much significance, since Emirates’ A380 fleet was grounded for a couple of months. However, as Emirates brings more A380s back into service, the airline is also adding back more amenities (though note that Emirates isn’t operating any A380s to the US in the upcoming winter schedule). Let’s go over what’s changing.

As of October 15, 2020, Emirates will once again be offering A380 first class passengers showers. Each A380 is equipped with two shower suites — if you haven’t showered on a plane, it’s probably the coolest experience you can have in commercial aviation.

These shower suites also double as bathrooms, and for the past several months the shower suites could only be used as lavatories, and not for actually taking showers. That will finally be changing.

Emirates has dedicated shower attendants, and for the past few months they’ve been working as bathroom attendants on all flights, to keep lavatories clean. 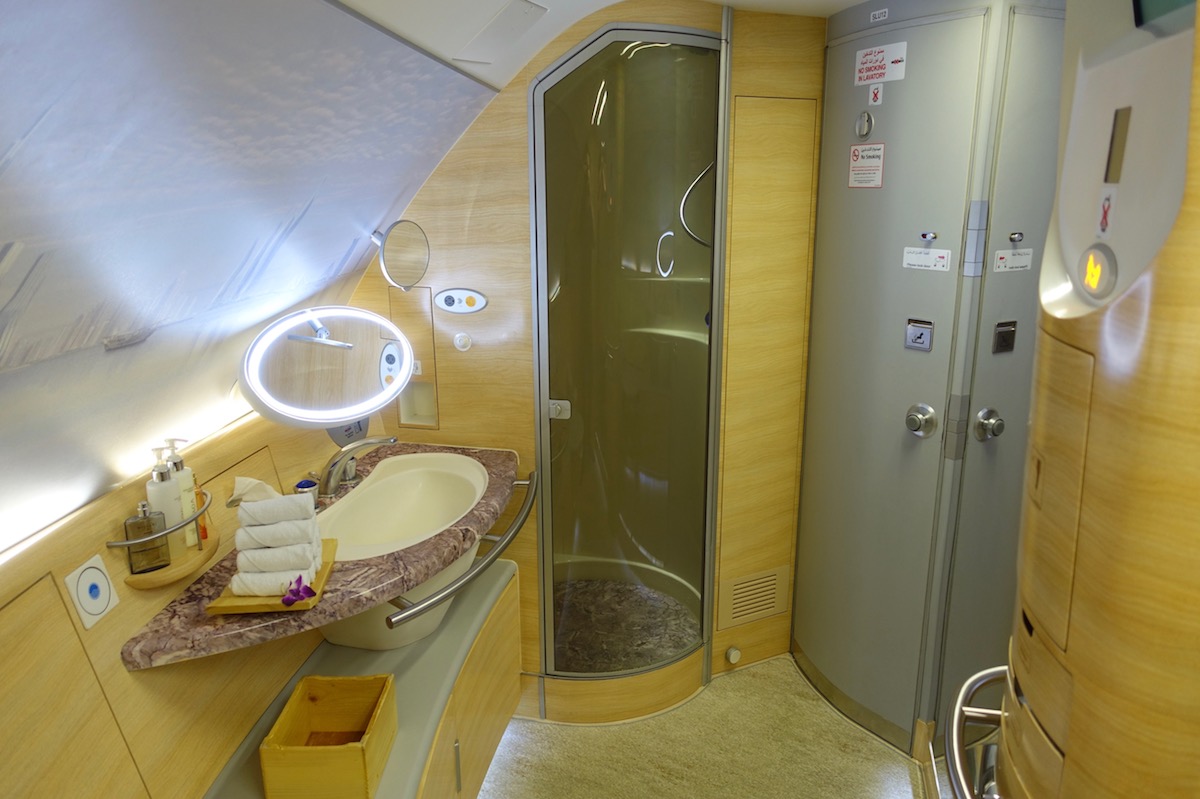 As of October 15, 2020, Emirates will once again be opening its A380 business class bar and social area. The bar is located at the back of the upper deck, behind business class. For the past several months Emirates simply hasn’t used the bar, for obvious reasons.

With Emirates’ A380 bar reopening, expect modified procedures, including strict limits on how many people can use it at once. Initially this will be more about having a place to easily order a drink, rather than a social area where a dozen people may be mingling at any given time.

Ironically this might just be the safest indoor bar you can visit anywhere, given that the HEPA filters on airplanes are superior to most ventilation in indoor spaces on the ground. 😉 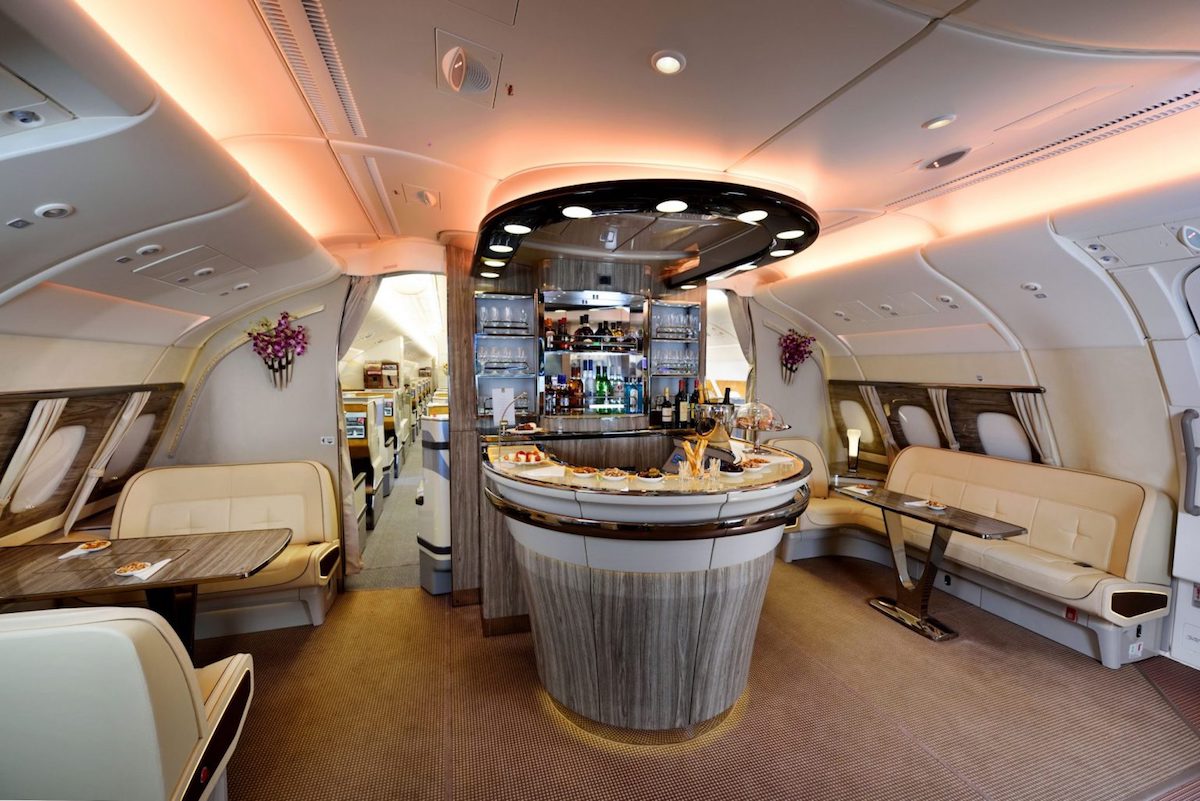 In addition to the return of the A380 showers & bar, Emirates is also resuming several other aspects of its premium inflight service as of October 15, 2020 (this is on all aircraft types, including the 777 and A380). 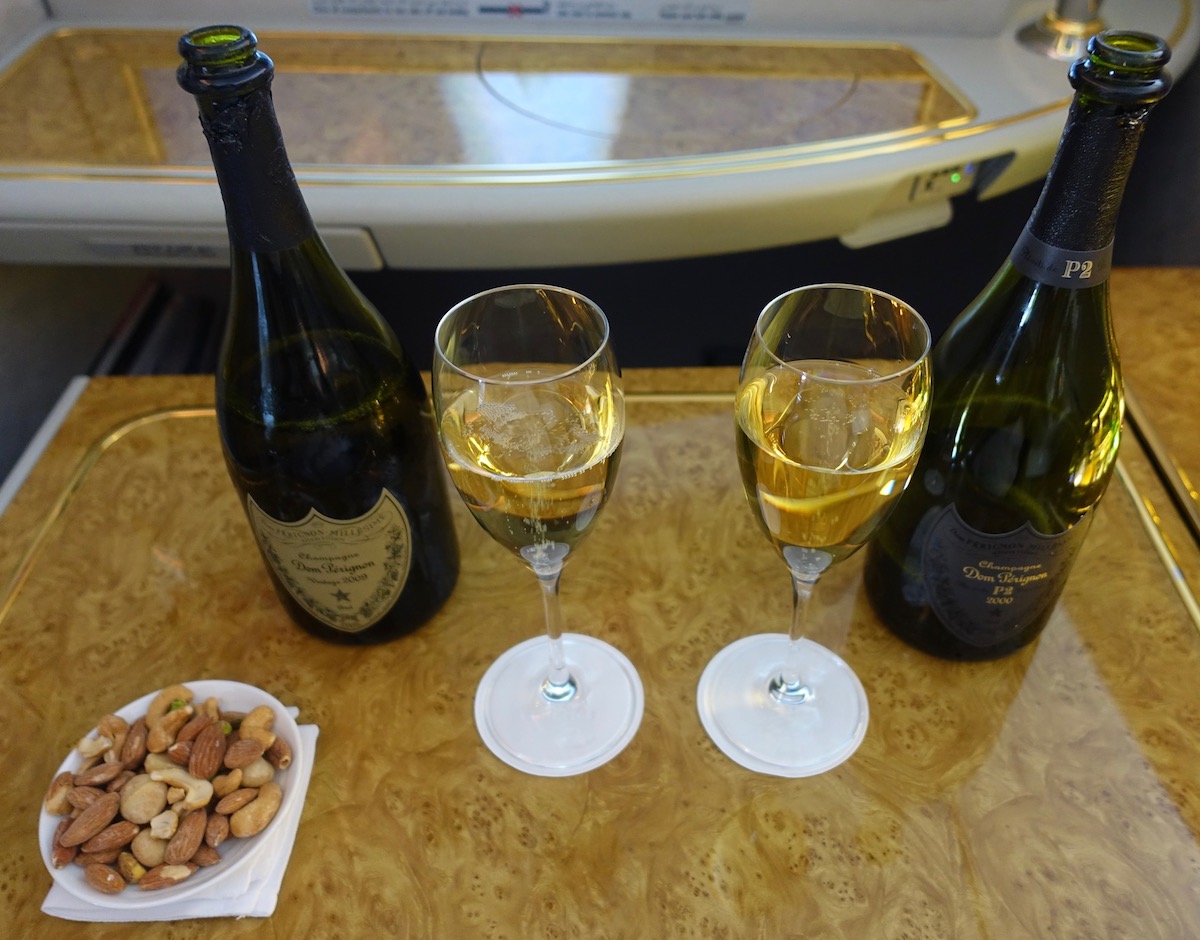 Expect a return of the full drink list & mixed nuts

Understandably we saw airlines introduce all kinds of service cuts when the pandemic first started. However, for the most part we haven’t seen much service reintroduced, largely for good reason.

While Emirates’ cuts were fairly minor compared to other airlines, Emirates is bringing back several popular aspects of premium cabin service as of October 15. This includes first class showers, the business class bar, a more traditional drink service, and turndown service, among other things.

What do you make of Emirates restoring these services?