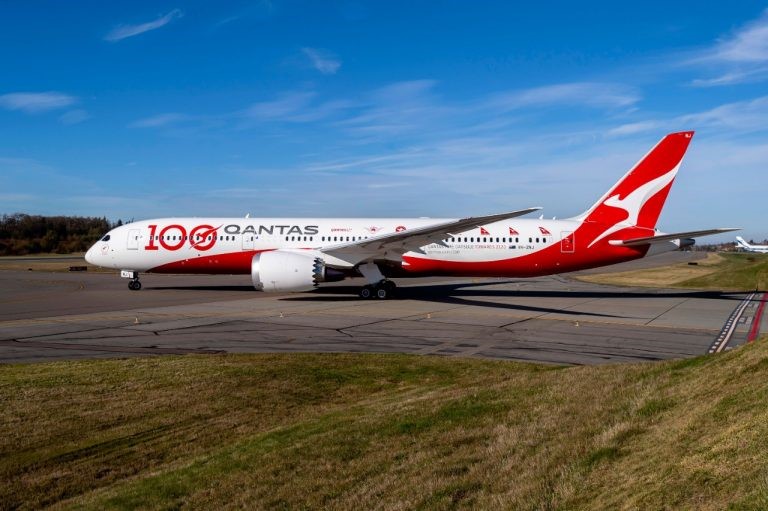 Just in time for the holiday season, Qantas is rolling out a limited-edition, high-fashion “athleisure-wear” collection designed by Australian fashion guru Martin Grant. The items, featuring historic logos from the airline’s storied history, will run flyers up to $300.

What do you get the frequent flyer who has everything? Exclusive merchandise from Qantas, of course! The airline announced a partnership with Australian fashion designer Martin Grant, who created a special line featuring legacy logos from the carrier’s past.

The items designed by Grant were heavily inspired by their historic logos over time. The T-shirts and beach totes feature an old Qantas wordmark, while the legacy “flying kangaroo” is displayed prominently on hoodies and other items.

“This collection is all about classic shapes, comfortable styles and materials that are kind on the environment,” Grant said in a press release. “But the hero of the designs are the iconic logos that evoke so many fond memories for Australians.”

Flyers who have boarded the premium cabin of an international Qantas flight have already seen Grant’s previous collaborations with the carrier. He’s designed many of the fashion pieces for the Australian carrier, ranging from employee uniforms to pajamas and amenity kits in
Qantas’ first class cabin.

Although these “timeless pieces” invoke a sense of nostalgia for flyers, they won’t come cheap. The cashmere sweater costs $301 ($425 AUD) before shipping to the United States, while the hoodie costs around $177 ($250 AUD). Even the Beach Tote comes with the heavy pricetag of around $248 ($350 AUD).

Flyers can also use their Qantas Points to pay for the items. But the items range from 26,080 to 73,910 Qantas points. This limited run will be available through the Qantas Points store until they are sold out.

The offering is part of the airline’s 100th anniversary celebration, which has been largely muted by the COVID-19 pandemic. However, the carrier has still found ways to celebrate. Earlier in October 2020, the carrier announced a special “flight to nowhere,” as a sightseeing tour of the unique tourism features of the island nation. The special flight sold out in 10 minutes.